The New York Post ran a story the other day on December 18th. It was about students at Oberlin College and how they were offended by the lack of fried chicken, are very agitated over sushi rice preparation and how  the Vietnamese sandwiches are served in the school cafeterias. They were registering their gripes in the school newspaper, with the college president and the campus dining officials. Dishes are “insensitive”!

My gosh, what they must be going through.  Let me cut and paste some excerpts from the article and you will see what I mean.

“General Tso’s chicken was made with steamed chicken instead of fried – which is not authentically Chinese, and simply “weird,” one student bellyached in the Oberlin Review.

Others were up in arms over banh mi Vietnamese sandwiches served with coleslaw instead of pickled vegetables, and on ciabatta bread, rather than the traditional French baguette. “It was ridiculous,” gripes Diep Nguyen, a freshman who is a Vietnam native.

Worse, the sushi rice was undercooked in a way that was, according to one student, “disrespectful” of her culture. Tomoyo Joshi, a junior from Japan, was highly offended by this flagrant violation of her rice. “If people not from that heritage take food, modify it and serve it as ‘authentic,’ it is appropriative,” she said.

Oberlin’s black student union joined in the fray this month by staging a protest outside Afrikan Heritage House, an on-campus dorm. The cafeteria there wasn’t serving enough vegan and vegetarian options and had failed to make fried chicken a permanent feature on the Sunday night menu, the school newspaper reported. Those students started a petition that also recommends the reduction of cream used in dishes, because “black American food doesn’t have much cream in it,” according to the Review.

Campus dietitian Michele Gross told the Review this week the first meeting between college officials and dyspeptic students went well, and changes are being implemented to address all concerns.”  NY Post December 18, 2015 . 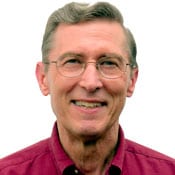 Well, here is what I think. Tough Sh-t. These kids are spoiled rotten, they don’t know what hardship is and how they rationalize that food is politically incorrect is enough to make me splutter. Kowtowing to these whining crybabies is only making matters worse.  I don’t know about you but I was glad just to go to the University of South Carolina. It was cheaper for me as an out of state resident than going to Rutgers, a lot cheaper. Even so, if I did not have student loans from the Teaneck Student Loan Association and a full time job after school hours, I would not have been able to go. One year I worked at South Carolina Bank, reconciling check batches the machines would shred. My day started at 5:00 pm, after the bank closed and I left when the work was done, sometimes just in time to go to class at 8:00 AM. I kept No Doz in business.  I paid my way and I paid the borrowed money  back.

As a student I was usually hungry and sometimes Mom and Dad would send me a five pound fruitcake. Anything else was fair game for my co-students but my fruitcake was safe under my bed, no one but me, sort of, wanted it.

Originally, I signed up for the Slater Food Service Cafeteria Plan for three meals a day. They served meat dishes for lunch and dinner, well we thought it was meat.  Anyway, it was a patty, sort of oval, somewhat tenderized with a mallet and had gristle chunks. When  covered in tomato sauce and cheese it was billed as Veal Parmigiana, with brown gravy and mushrooms it was Beef Steak Marsala, when dipped in batter and fried with a garnish of lemon slices it was Chicken Piccata, same meat, different day. And we ate it. When served up on the plate it did not matter if the stewed okra touched the mashed potatoes, either. Food was food and we ate  to get on with the day. It beat the fruitcake.

This PC crap has got to stop, it needs to begin with us. Never grow a wishbone where a backbone ought to be.

In the arena of construction product distribution at Gamka, my role encompasses marketing, advertising, promoting, managing, administrating, writing, recruiting, mentoring, training, listening, monitoring, checking, nudging and czar of other areas of responsibility too diverse to enumerate.

More posts by Bob
Share Tweet Share Pin
When you need building answers, think of Gamka first!
We are here to help you Mon-Fri 6:30AM- to 5:00PM Contact us with your needs or challenges