My passport was expiring. I have no plans to leave the country but with the way things are going, I may want to so I decided to renew it.  The process is simple, you go online, fill out the form, print it and send it in with a photo, the old passport and $110. What I needed was the photo. After getting a haircut I went to Bergen County Camera where they take pictures and spoke to a young lady about it, she looked like maybe 20 but nowadays everyone is starting to look young. Anyway, she got out the camera, took several shots to make sure I wasn’t smiling, that my pupils could be seen, that my head size matched the template and number four was just right. She asked what I thought and I told her it was perfect, I was a dead ringer for George Clooney. I got a blank stare and then she said, “George Clooney? He must be before my time.” 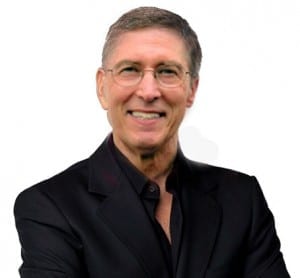 “Crushed” did not begin to describe my desolation, but enough about me.
What is going on with our world?  I had started off 2015 optimistically, thinking the state of affairs could not get worse. Now the year is almost shot and how wrong I was.
The riots in Baltimore, right in the neighborhood that needs local businesses, destroyed $9 million in  damages to stores, homes and cars. How many shop keepers will return? It seems like looting and burning is a good reason for any grievance. The cops are vilified but who do you call if you have trouble? Black lives matter, Blue lives matter, all lives matter — except the aborted ones.
Blacks are killing blacks at a record pace but, not a a sufficient  rate to bring out the  Reverends Sharpton or Jackson.
A  group of university football players threaten not to play because they felt that an insulting act to a fraternity four years ago, perpetrated by students who were expelled, was not sufficiently addressed. The President and an administrator cave and resign. Football revenues, even generated by a team with a mediocre record, are saved, a minor minority is vindicated and the reason students go to learn seems to be lost.  On some campuses First Amendment speech is put down as being too free  and should be stifled.
Everywhere we hear about crybabies and crybullies and how a casual non-confrontational wave is looked upon as “Micro-Agression”.  Pre-teens are suspended for hugging.

I don’t get the whole Jenner/LGBT thing, why we are opening up relations with Cuba without at least getting back the cop killer Joanne Chesimard, decriminalizing marijuana when most authorities say it is an entry level to worse plus it rots your brain, OY! Why did five Supreme Court judges decide for same sex marriage when that is nowhere to be seen as a Constitutional issue? What happened to the state’s rights? How come if I disagree, I am a racist?
On a world scale, Iran is given the go ahead to move forward with nuclear arms, $150 billion is released to help pay for acts of terrorism without Congress acting since it is an agreement and not a Treaty.
Russia is trying to recreate the U.S.S.R by annexing parts of the Ukraine, China is building artificial islands to lay claim to the South China Sea.
Hundreds of innocent lives are snuffed out or grievously injured by Muslim Terrorists in Paris. The French react by blowing up major Islamic targets in Syria just days later. Our own 6,000 to 8,000 bombing sorties in the last year seem to have missed them.  Most recently a Syrian Jihadist caravan of 118 fuel tankers and vehicles escaped major damage by our Air Force when it was leafletted three hours before with warnings of the impending attack. Why? Humanitarian reasons, we learn. Some of the drivers might have been civilians. The equipment is needed for the transportation infrastructure. And another reason was ecological, the environment might have been despoiled by fuel spills. We are at war, people! Hard to tell, hard to win the way we are going about it. War is about destroying your enemy. Expect casualties — Tough poop!

Day in and day out we are threatened by Islamic groups who want to kill us, like ISIS. We are on high terror alert and told if we see something, say something or, better yet, DO something. Meanwhile, our right to bear arms is in ever greater jeopardy. The government’s answer is tighter gun controls, not that it seems to have stopped criminals or terrorists one bit.
On the subject of terrorists, our southern border security is a joke, but not at all funny. People just walk right into the USA and we don’t know anything about them or their objectives. Now we are being asked to absorb thousands of Syrian “refugees”, mostly able bodied males who seem to be leaving their wives and children in their home country and our own FBI Director says we cannot investigate their backgrounds because they don’t have any papers. Why can’t they stay in Syria in a “safe zone” created for them by a coalition of countries?
What is the greatest threat facing America, according to our President? What will his biggest challenge be in his last year in office — why, combating CLIMATE CHANGE!

Those are just the irksome topics that I remember! And that is why I  see a bleak future unless  we take a new direction. It is not climate change that will do us in nor will that young lady not seeing my resemblance to George Clooney. Too many of our elected officials are not doing the job for which they were put in office and they just don’t care.

Henry Ford said, “Any man who thinks he can be happy and prosperous by letting the Government take care of him better take a closer look at the American Indian.”

In the arena of construction product distribution at Gamka, my role encompasses marketing, advertising, promoting, managing, administrating, writing, recruiting, mentoring, training, listening, monitoring, checking, nudging and czar of other areas of responsibility too diverse to enumerate.

More posts by Bob
Share Tweet Share Pin
When you need building answers, think of Gamka first!
We are here to help you Mon-Fri 6:30AM- to 5:00PM Contact us with your needs or challenges